This example provides an implementation of a convolutional neural network (CNN) that enables for image resolution upscaling, which means that images can improve their quality through purely the machine learning implementation.

This example demonstrates performing image upscaling using Kompute on the test image below.

In this example we will be doing the following:

Other models from the vgg_7 set (such as https://raw.githubusercontent.com/nagadomi/waifu2x/master/models/vgg_7/photo/noise0_model.json) can be subsituted as desired.

We implement the kompute logic under run_vgg7 that loads the model weights and coordinates the execution of the inference.

Similarly, we created a compute shader that performs an inference iteration on an image provided to perfrom upscaling.

We now execute model against an image created by us to show how upscaling works. The image used will be the one below:

To execute that model no tiling is performed, so be careful about image sizes.

We can now run the command below to perform inference against the image blow.

This would successfully upscale the resolution using the machine learning model, and the result is below: 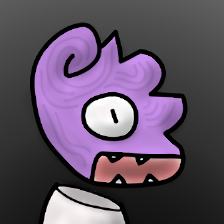